The origins of Indian Quamash must be sought in the western part of North America where this species is found growing in the mountains and on the prairies. Remarkably, this bulbous plant is relatively unknown. Seven or eight species exist, but only three are commonly cultivated. The name ‘Quamash’ comes from a North American Indian language. The cooked bulbs of certain Indian Quamash species were also eaten by the Indians. The various species have a very natural look and fit in perfectly between perennials, both in borders and among ground covers. Indian Quamash is usually only available from firms that specialise in rare species. 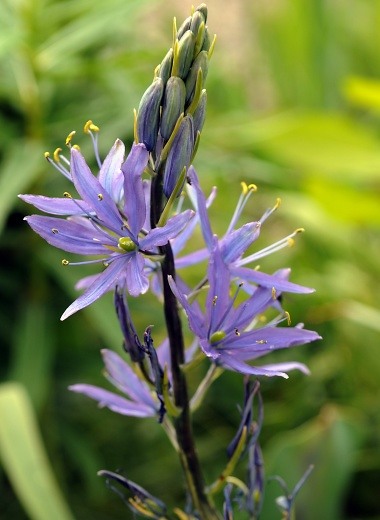